OBM Products
In the early 1980s, the small-scale artisanal fishermen in South-West Coast of India were facing a threat to their livelihoods from the mechanized trawling boats.

To counter their marginalization, they were looking for technologies to help them shift from sailing and rowing to motorized operations, which would help them go deeper in the sea. It was then that outboard motors (OBMs) gained popularity as rapid motorization of artisanal craft began. The fishermen also took a liking to the marine plywood boats, recently introduced then, because it facilitated them to use outboard motors in a cost-effective manner. SIFFS, which had already initiated boat-building activities by then, recognized the link between OBMs and plywood boats. SIFFS began importing outboard motors and spare parts, and distributing them to its beneficiaries at affordable prices. The rationale remained the same - to liberate small-scale fishermen from the clutches of private players. Today, SIFFS is the country dealer for Suzuki marine products, and a leading importer of OBMs and spares in South India. Over the years, SIFFS has kept pace with rapid increase and spread of motorised craft through setting up OBM service centres and spares parts outlets for sale and maintenance works. 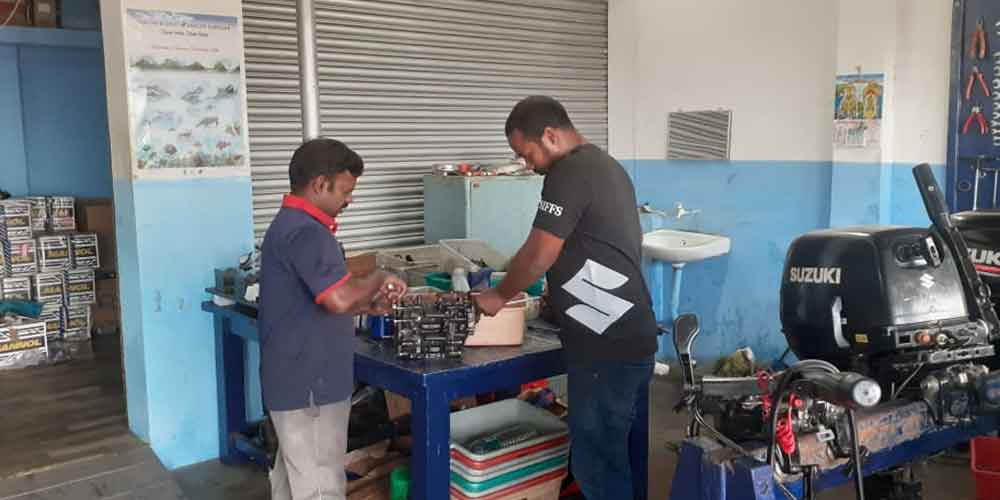