The original impetus came in 1983, when SIFFS took up the boat building programme.
Research and Development in several aspects of artisanal fisheries has been one of the major concerns of SIFFS shortly after its inception in 1980. While fish marketing, credit and support to member societies were the most important issues around which SIFFS was founded, a combination of several factors propelled SIFFS to take an active role in R & D, beginning with the plywood canoe intervention in 1983.
With its re-organisation into a formal three-tier structure in 1985, SIFFS was given formal mandate to take up research and development in general, with special emphasis on fishing craft and propulsion. A part of the rationale behind this mandate was the status of SIFFS as a fishermens organization, which made it possible for fishermen to have control over development and dissemination of technologies that had the potential to significantly affect their future. The closeness of SIFFS to the grassroots level was also important, as this enables it to assess the requirements of the fishermen and refine these needs into a workable product.
SIFFS, which started off as a fishermen organization to take up collective marketing and credit programmes, entered R & D through a conjunction of several events. The original impetus came in 1983, when SIFFS took up the boat building programme. Once the technical skills were in place, there was a strong demand from fishermen for various services, which forced SIFFS to take up R& D for the artisanal sector at a more formal level.
The R & D programme of SIFFS has made several significant contributions to the sector. The plywood canoe, in several models for different fisheries, is perhaps the most significant of these, but there have been useful output in other areas as well.

Some of our R & D's contributions are given below:

We have designed a bio-toilet for small fishing boats which could go a long way towards improving the on-board living conditions of the crew and prevent accidental falls overboard. For details, please click the link.
SIFFS designs biotoilets for fishing boats
Fish vending women normally sit under the hot sun throughout the day and during the night in dim light with the aid of kerosene light or candle. We have made a FRP awning with solar power that provides both shade in the daytime and illumination at night for the vendor and her customers.
We have also made a 12 feet boat with hardboard, wood and fibreglass pieces. For more details please read the link Fishermen should try this low-cost boat made from waste 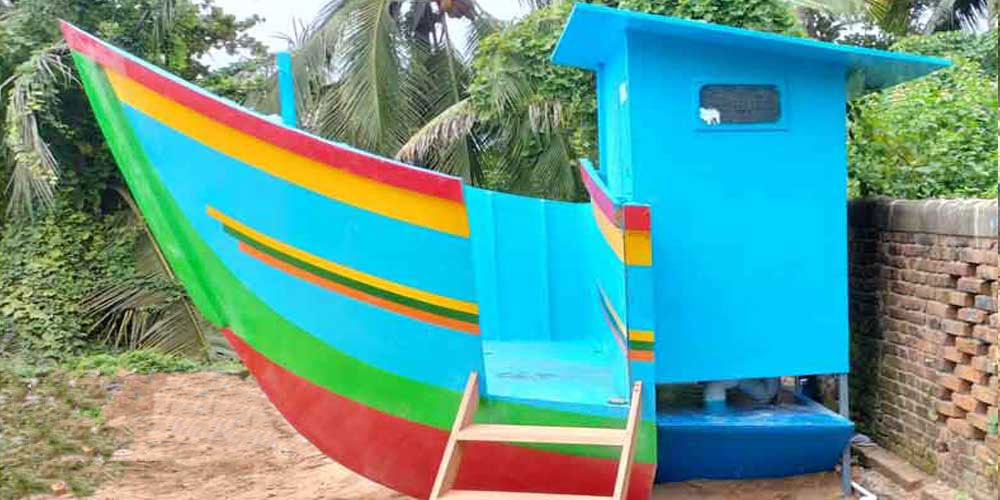 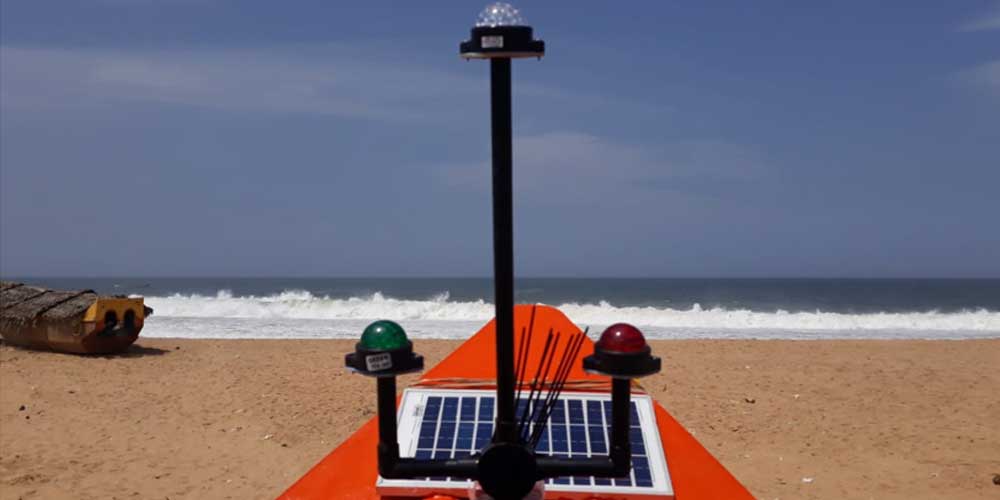 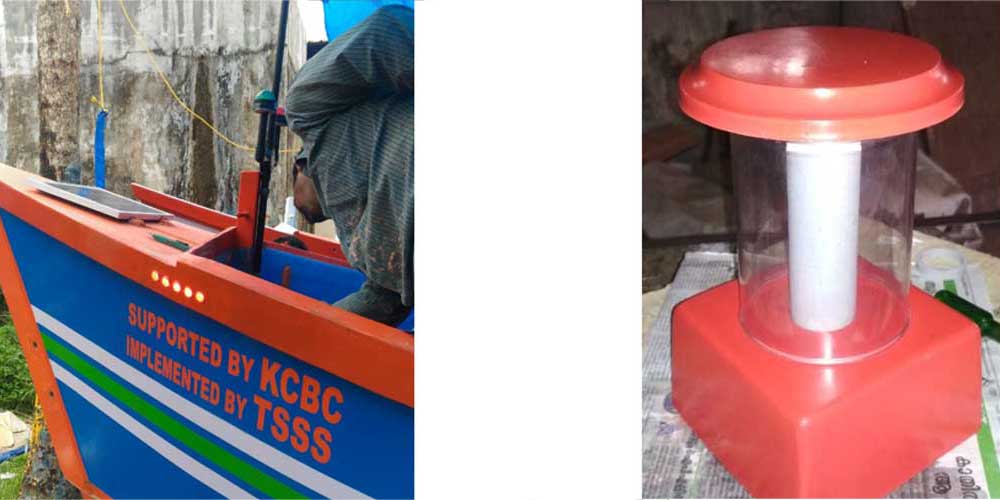 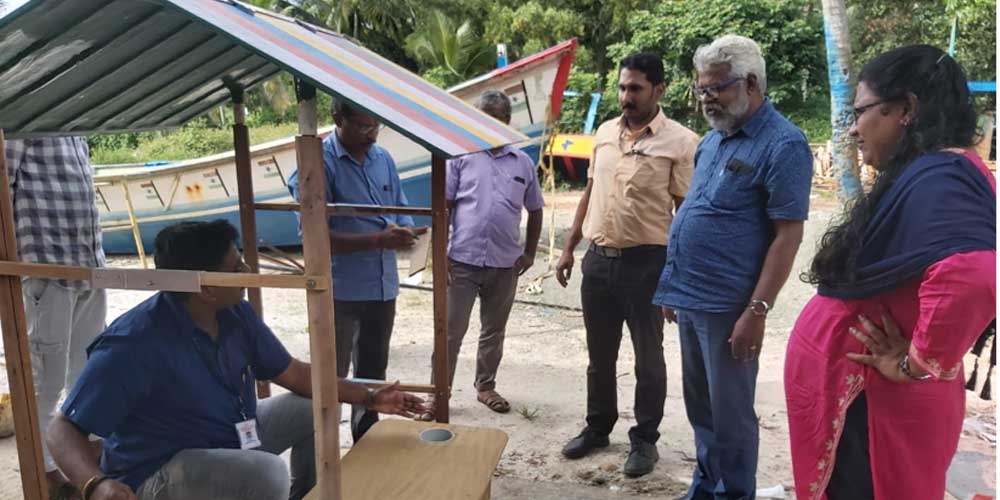 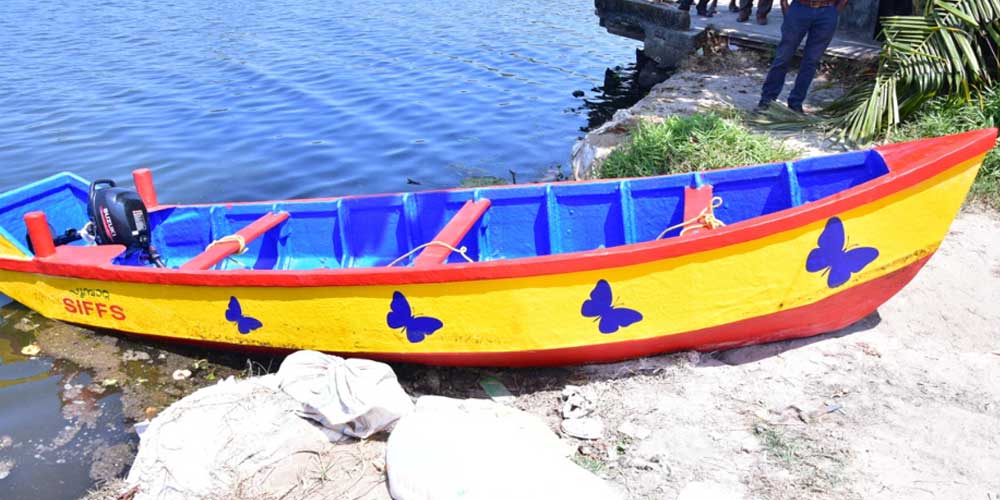 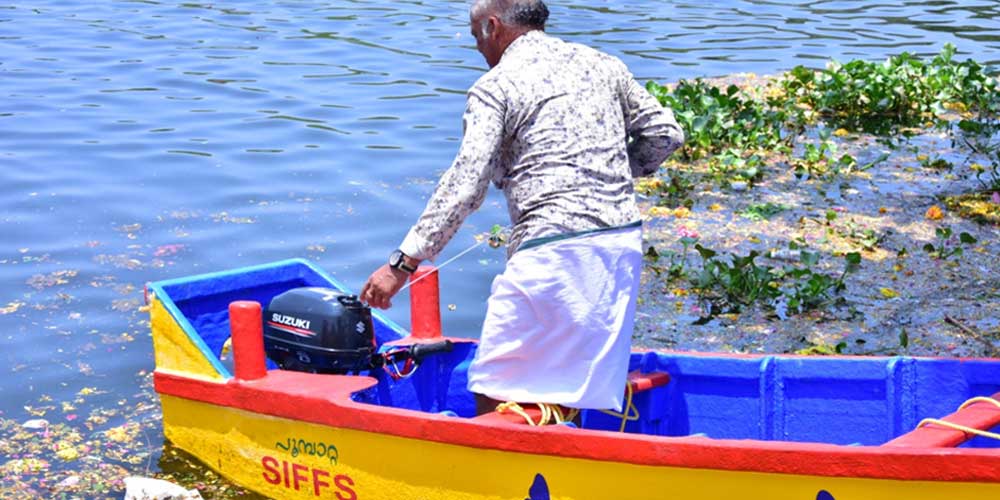 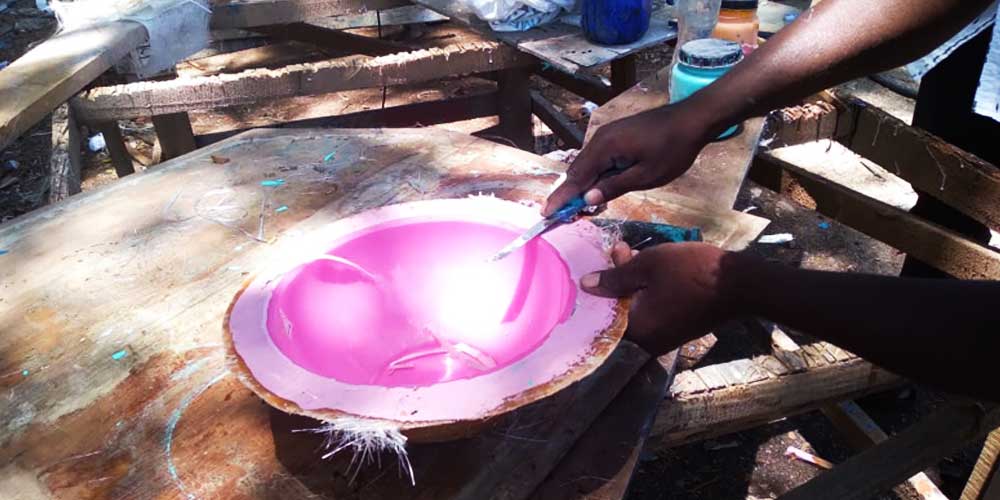 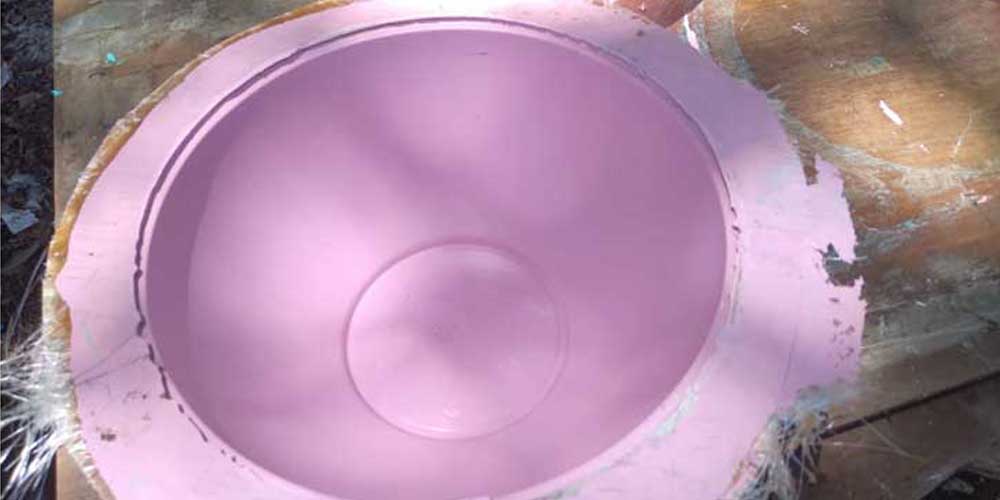